Awwww, look at Lucius Fox trying to tempt Bruce Wayne with awesome toys! Hmmm, Bruce Wayne is using a cane in this scene, BEFORE he comes back as Batman, so the injury is unrelated to being Batman?

Looks more like Bane is the one rising, not The Dark Knight.

“The city needs me. I need you to get me back in the game.” Nice haircut, Bruce! 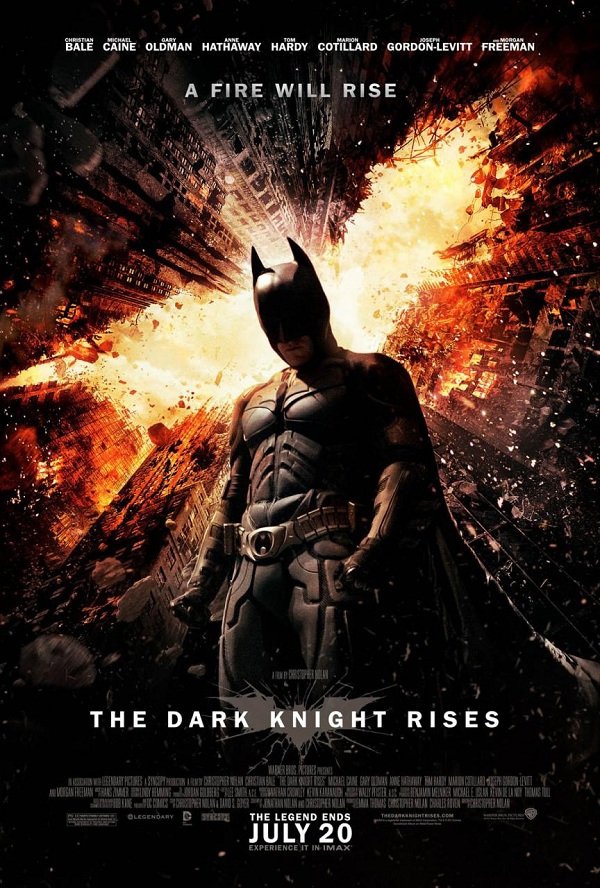 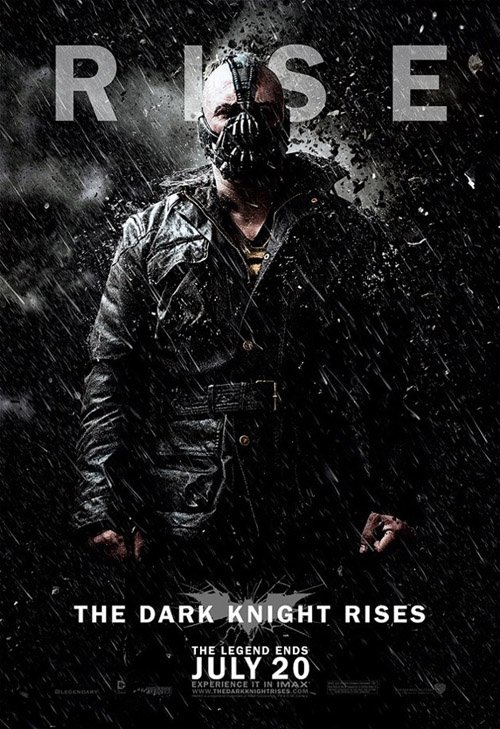 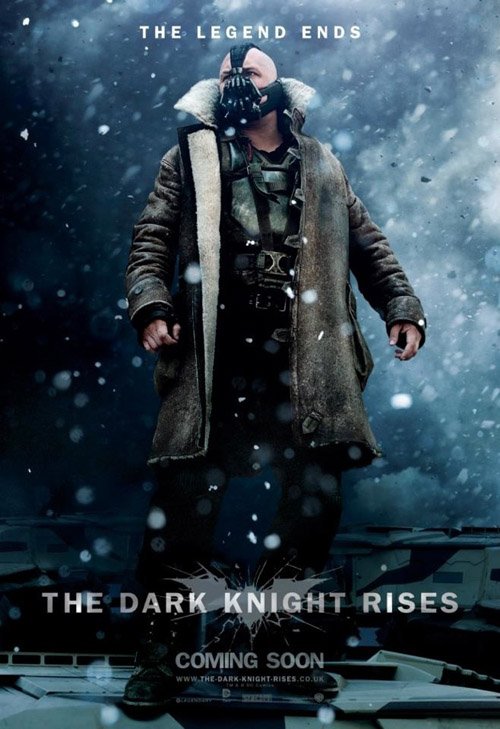 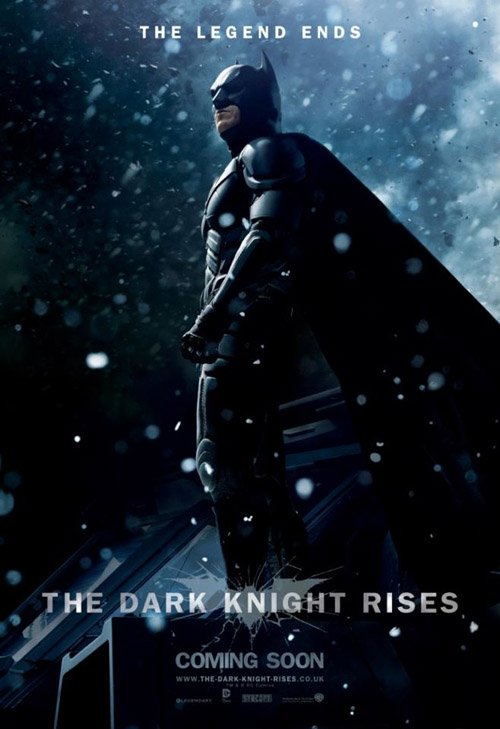 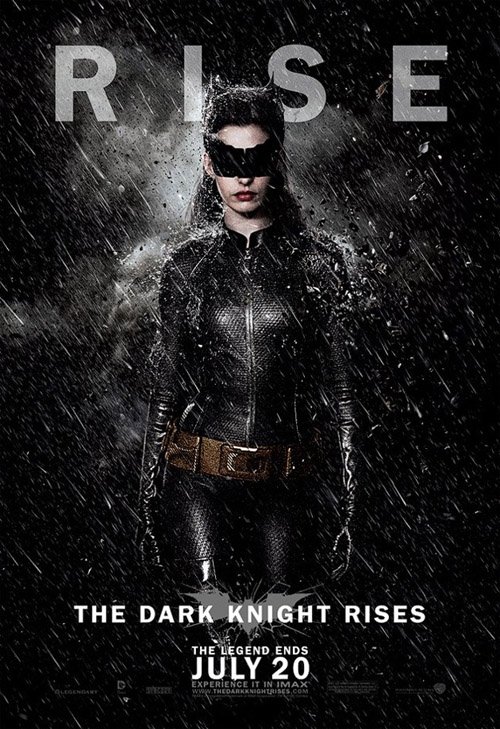 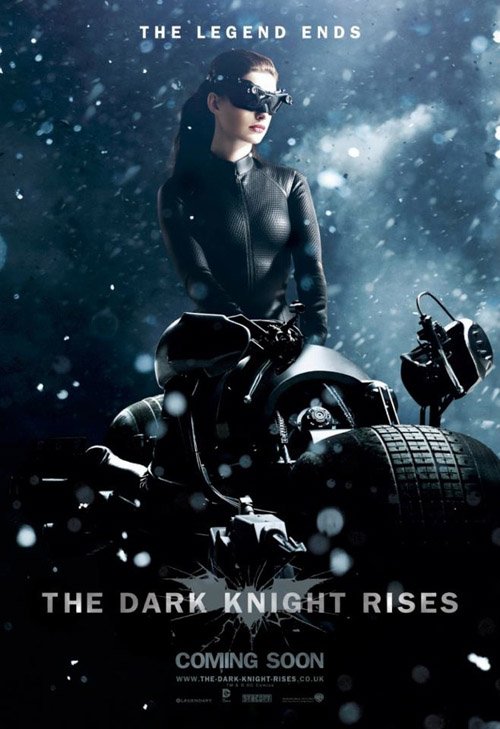 Cotillard is on the cover of The Hollywood Reporter. On The Dark Knight Rises:

The actress started filming Knight in June 2011, working on and off until the fall in locations including Los Angeles, New York and Pittsburgh. She says there were long gaps when she wasn’t needed: “It was a very, very small role. Otherwise, Cotillard is coy about the picture, whose storyline has fueled pages of Internet speculation. All she’ll confirm is that, contrary to some fans’ belief, she does not play Talia, the vengeful daughter of Liam Neeson‘s character, Ra’s Al Ghul (who also appeared in Batman Begins), and that she takes the role of Miranda Tate, an ecologically minded businesswoman who “is fascinated by Wayne Enterprises. They go through difficulties, and she wants to help provide the world clean energies. She’s a good guy.” But does she stay that way? “Yes,” she insists.

On working with Jacques Audiard in “Rust and Bone”:

That road wasn’t easy. Cotillard had just days to prepare before Rust started shooting in the fall in Antibes, France. “I knew I wouldn’t have a lot of time to rehearse, and it was very disturbing to me because Jacques works a lot with the cast before he starts a movie,” she says. It wasn’t only her fellow actors she had to worry about. There were killer whales, too.”It was a very weird experience because I came back from the United States and was totally jetlagged,” she remembers. “I arrived directly in Antibes where their Marineland water park is. I’ve always had a repulsion going in a place where animals are in captivity. I had to work through my rejection of this world, which I still feel. But I had a job. And even though the orcas are as big as trucks, they’re animals, and you have a connection with them.

It’s a really interesting interview, but the part where he talks about his rejected pitch for Batman leaves a bad taste in my mouth. The implication seems to be Warner Bros was too timid to go with his grand, bold vision, and went for Chris Nolan instead. Come on, Joss, you don’t need to do this, it smacks of trying to put down the director of the movie that is your movie’s biggest competitor this summer. Just enjoy your success, no need to talk trash about other people and other movie.

Okay, fine: It was a while ago, between the day-glo Joel Schumacher sequels and the Chris Nolan reboot (which Whedon loves, don’t get him wrong.) There was a lot more, in Whedon’s take, about the orphaned Bruce Wayne as a morbid, death-obsessed kid. There was a scene—Whedon used to well up, just thinking about it—where young Bruce tries to protect this girl from being bullied in an alley, an alley like the one his parents were murdered in.

“And he’s like this tiny 12-year-old who’s about to get the shit kicked out of him. And then it cuts to Wayne Manor, and Alfred is running like something terrible has happened, and he finds Bruce, and he’s back from the fight, and he’s completely fine. And Bruce is like, ‘I stopped them. I can stop them.’ That was the moment for me. When he goes ‘Oh, wait a minute; I can actually do something about this.’ The moment he gets that purpose, instead of just sort of being overwhelmed by the grief of his parents’ death.”

So he goes in and pitches this. He’s on fire, practically shaking. “And the executive was looking at me like I was Agent Smith made of numbers. He wasn’t seeing me at all. And I was driving back to work, and I was like, ‘Why did I do that? Why did I get so invested in that Batman story? How much more evidence do I need that the machine doesn’t care about my vision? And I got back to work and got a phone call that Firefly was cancelled. And I was like, ‘It was a rhetorical question! It was not actually a request! Come on!'”

After the scavenger hunt viral marketing, Warner Bros finally released the trailer for TDKR. Hmmm, is it normal to release the trailer online before it plays at the theater? (This is the trailer that will be shown before The Avengers in cinema). The trailer is a lot more moody and downbeat than the previous one; the music is very subdued and un-trailer-like. There’s Marion Cotillard kissing Bruce Wayne, a lot of John Blake (the bridge collapsing is awesome!), and a lot of Batman-Catwoman. And Alfred saying he won’t bury another Wayne. It’s definitely Bruce Wayne and not Batman in Bane’s captivity, but who knows if Bane knows that Wayne is Batman.

Best line:
Catwoman: You don’t owe these people anymore. You’ve given them everything.
Batman: Not everything. Not yet.

Aghhh, what does this mean? What elese hasn’t he given to Gotham? His life?